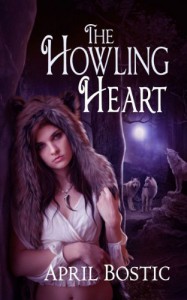 *I received this book from the Author via Mrs. Potter's International Book Publicity Services in exchange for an Honest Review*

This is an amazing book. The research into the Norse myth on Varulv was very well done. That's one of my favorite Myths by the way. It was really a no brainer that I'd read this book.
I spotted no noticeable errors in this work at all. The story is continue flow.
Paige's story caught me from the first sentence, which is rare that a story will do that for me. I particularly liked how real it was. I can only imagine the amount of research April did to ensure all her wolf facts as well as all the myth facts about the Varulv were accurate. The wolf hierarchy was beautifully laid out from Alpha to the role of Omega.
Riley is your typical love struck male wolf. In love with the same woman more than half his life, and she with him (even if she didn't know it yet.)
I was sad to see this story come to an end. Though a few things did irritate me. Paige was an adult, yet she let her mother force her to leave and to sell her cabin. And what will happen if Riley and Paige have children now that they're not in the security of Black River anymore? Hopefully these questions will be answered with a sequel or something, since they are very large loopholes within this work. Only one other bugged me. It's mentioned several times that Riley's coloring is rare and that he must be special because of it, yet nothing comes of that at all. Perhaps if a sequel is written, that can be looked into a well for some closure.
I really did enjoy this story and I honestly hope to be able to slip into the lives of the Black River Pack again someday.
I give this book 4 of 5 paws