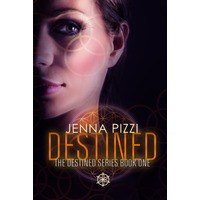 This book has potential.. The story has a great concept behind it.. But… It needs a lot of work to bring out the full potential of the story…
One thing in this book that irked the hell out of me was after the reader is told Lilly has to get the Flower of Life… it is forever deemed FoL after that.. NO ONE would say FoL in a conversation especially not some immortal beings, nor would it be deemed as such in the narration, yet it is constantly in this story. They’d call it by it’s proper name. This small slight made me twitch every single time I came across it.
Another bigger thing that irritated me is the lack of research done. If someone is going to use demons, or daemons in a story, at least have the knowledge behind the ones you’re going to use. I saw the same person first referred to as a daemon and then as a demon. They are not the same thing. Just as a male seduction demon is not a succubus, its an incubus. Yet they come across a male seduction demon and when Lilly asks what it is she’s told it’s a Succubus… No.. It’s an Incubus. Research is a vital key to a books success or downfall. Obviously people who are not aware that Succubi can not be anything other female won’t notice the error, but as an author do you really want to give your readers false information?
Other than those I spied a few errors here and there nothing drastic. The story itself is an interesting one, but it was unable to hold my attention for very long due to the bigger errors and it took me much longer to finish it then it should have. I found the characters speech to be almost mechanical and robotic. I can understand Tangela, Batya, Derdekea, and even Seth and Samil speaking without the use of contractions, but I know not a single teenager or young adult in our modern times that would say “do not in lieu of don’t or they are instead of they’re”.
With this in mind, I believe this story while it has a ton of potential to be amazing, again, the over all story line is definitely amazing.
Please don’t get me wrong, This story has so much potential that even despite the big issues, I still had to finish it. The storyline is well thought out and put together beautifully, and if it wasn’t for the three things I mentioned earlier, I’d have given this book a 5.
However, due to the lack of research on some of the main evil doers and the robotic, almost forced like speech of the main characters, mixed with its inability to hold my attention, I give this book 2 of 5 paws.