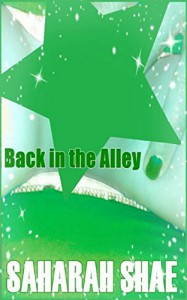 This book is a short that follows a night of supposed "studying" by Starr. Starr tells her friends she has to study for a major test on Monday and can't go out partying with them.

The inconsistency I saw in this was Starr was adamant that she had to study for this test yet she was all too eager to take her friend's less than appropriate suggestion on her attire. Personally, I think the girl just didn't want to go get drunk and just wanted a quick lay lol.

The story obviously has very little in the way of anything plot wise since it's a short, mainly just rough, raw sex, which isn't a bad thing if that's your cup of tea.

I spotted a handful of spelling errors and a lot of grammatical errors. I think this along with the four before it should be gone over by editor. proof reader, or beta reader.

All in all the story isn't bad for erotica, I wouldn't have used such vanilla lingo as "boobs" myself in an deliberate erotica, but that's me.

I'd read the others in the series if they were free like this one was.